On Earth, we know that hydrogen gas is extremely explosive. And we know that Jupiter is made mostly of hydrogen. So could we just set it on fire and turn Jupiter into a giant fireball?

Q: A man (wearing a respirator) finds himself in a dark room containing only hydrogen gas. He tries to light an ordinary match. What happens?

A: Nothing. A match won’t burn without oxygen.

Jupiter is a lot like a room full of hydrogen gas. If you exposed it to “fire”, there is nothing for the hydrogen to react with.

When the remnants of Shoemaker-Levy 9 struck Jupiter in 1994, some very interesting things were observed about Jupiter. Like, a giant FIREBALL.

Essentially, these comet fragments punched through Jupiter’s atmosphere, which astronomers expected would swirl up material from under the top layer. Which they would then observe to gain a better understanding of Jupiter’s interior. 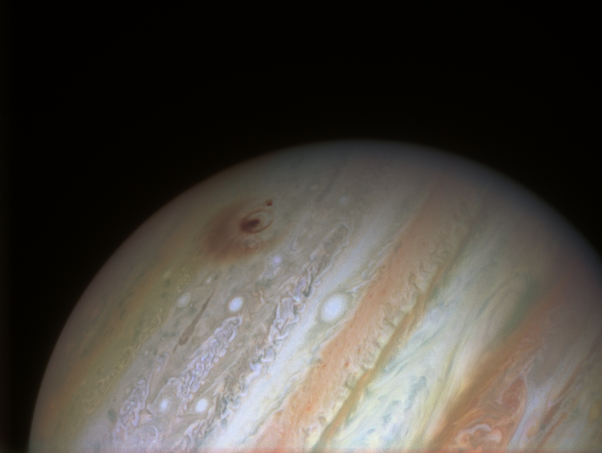 And they saw things, like ammonia and sulfur. But no sulfur dioxide. Which would indicate that presence of oxygen which had reacted with the sulfur.

Further suggesting that there just isn’t much oxygen on Jupiter. Surely there is a small amount of water vapor. And that could come from many sources. And if any oxygen did react with hydrogen, we would expect water vapor as the result. But, we also don’t see much water vapor on Jupiter either.